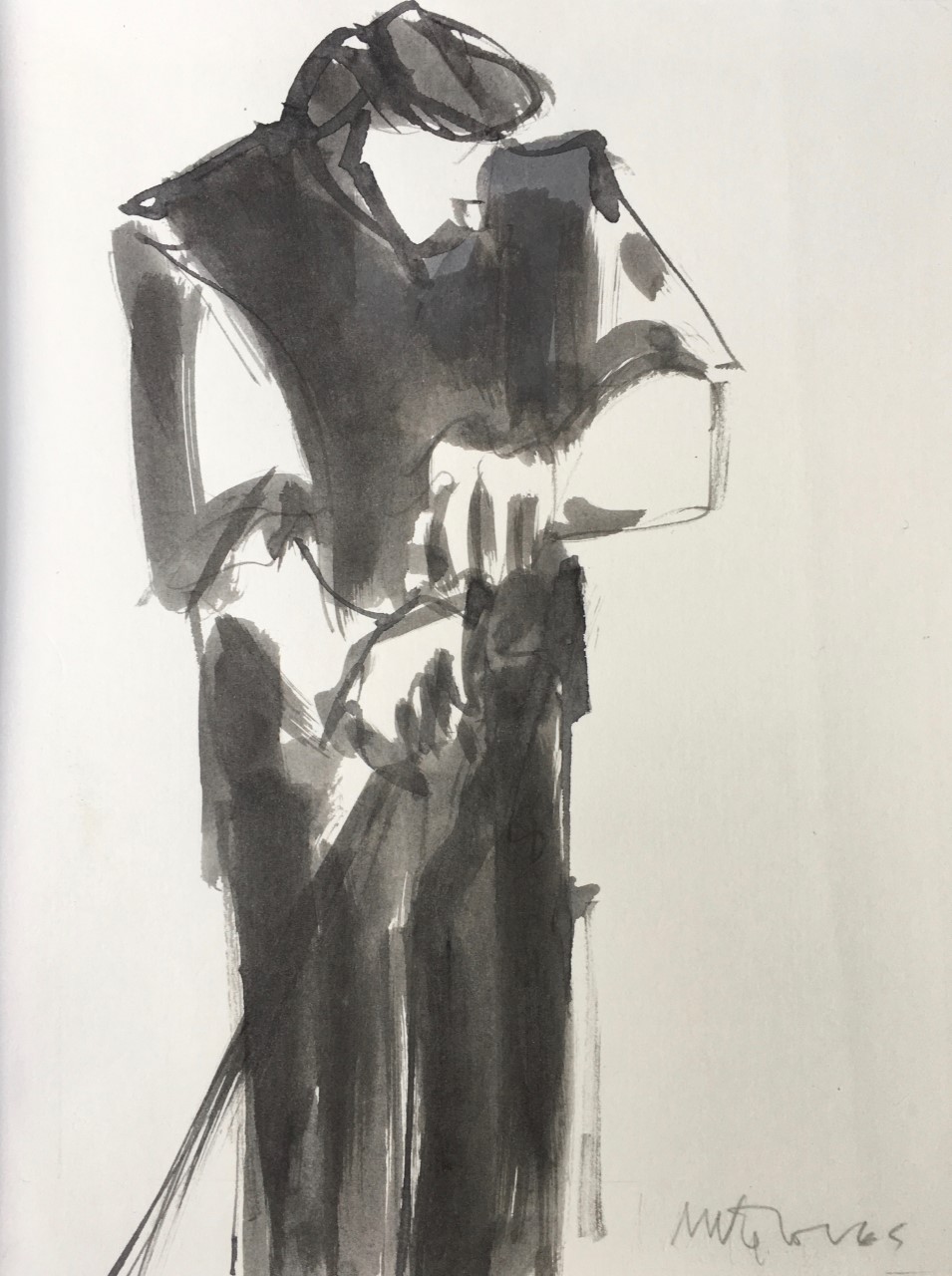 At present, we are not able to show any of Mike’s work, but hope that by the Winter Show 2022, we will have something in the gallery again.

Tribute: We are very very sad to announce the passing of a great Welsh Artist, Mike Jones. Mike captured our imagination, with his depictions of every day life in the Swansea valleys, and was a gentle and humorous man, who’s character will be hugely missed here at the gallery. Mike’s legacy will remain within all the paintings he worked on, very special moments in his life’s memories, which we were lucky enough to be part of. Mike’s work shows his dedication to presenting to the viewer, the hard working people of his upbringing, who embraced the hardships of life as he remembered it; the steelworker, Mr Price the painter, the reader in the pub with his half pint, shift workers, farmers at the mart, the neighbour’s gossiping, and latterly, harbour wall figures and the waiting room. All poignant reminders of precious moments.
Thank you Mike

Mike Jones was born in 1941 in the Swansea Valley, South Wales and lives and paints from his studio in Pontardawe.
A figure painter and draughtsman, his work is rooted in the social life of the people and the hard working conditions of the valley, past and present.
Art historian Peter Lord comments that Jones’s maturity as a painter came at the end of the period of decline of the coal industry and since the early 1980’s Jones has built up a considerable reputation.
Encouraged to first exhibit in the 1980’s by the late artists Will Roberts and Josef Herman, his work is shown across Wales and the UK and is held in private collections and at The National Library of Wales.
Two of his paintings were selected and hung at The Royal Academy Summer Exhibition 2015.